The Mercedes 600 for those of you not familiar with cars you may confuse this car for the S600 and you would be forgiven. I mean they are both super expensive sedans that are meant to be the latest and greatest in luxury. However thats where their similarities end. Why? Well besides the obvious age difference between the two the 600 is truly a the ultimate Baller’s car while the S600 is the car for a wealthy banker. 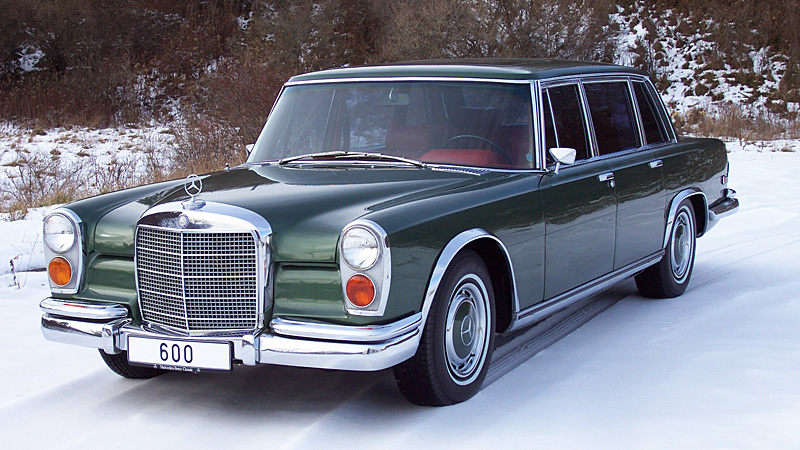 Before I discuss the history of the Mercedes 600 let me ask you something. What does the Pope,  Leonid Brezhnev, Nicolae Ceauşescu, Idi Amin Dada, Enver Hoxha, Saddam Hussein, Papa Doc Duvalier, Chairman Mao, Marshal Josip Broz Tito, Iranian Shah Mohammad Reza Pahlavi, Kim Il-sung, Kim Jong-il, and Ferdinand Marcos all have in common? They all owned this car. Yes, you heard me right. The head of the catholic church and the dictators of some of the most infamous regimes around the world all rode in this car. I mean that must mean something right? You will be hard pressed to find any other such car that can support such a long list of notable individuals. Not even the modern day Maybach has such notable (albeit scary) list of owners. Now how does this come into play of making it a better car to own? In your plebeian S600 Mercedes you have to deal with tail gaiters and other horrible drivers, and when things go wrong you will be the one to blame since you would be the “rich guy” and the person who hit you probably wouldn’t be scared to stand up to you at all. However even being in the “entry level” Grosser would make any road clear without lifting a finger. Why? To quote the great Clarkson, “any one who owned one of these could also probably call in an airstrike”. Looking at that list of dictators is probably a better safety feature than any collision warning system. And in the case something does go wrong well….lets just say you made some one’s nightmare come true.

The Mercedes 600  with its long body is made to attract attention. Almost everywhere you go this car can standout and this effect is multiplied in the six door version. That’s right I said that there are six doors but that somehow isn’t the most attention grabbing version of this car. The six door landaulet takes that position and leads to my next point, this car always knows when to show off. Believe me, when people see you standing with half your body sticking out of a massive German six door executive saloon car, people will see you and take notice of your presence. However, if this is still not enough-a very rare occasion at which point you should start to panic- add some flags on the front and get some friends to drive in front of you and behind you and your problem will be solved. The cars sheer size of around 20 feet adds to this menacing look an effect multiplied when done in a black paint and tinted windows as seen above.

Okay, this may be cheeky, but the sheer numbers associated with this car are insane. When it came out the cost was a price of $20,000 USD. In today’s money that is nearly $175,000. Now when compared to modern Bentley’s or even the 600’s modern successor the Maybach 67S this price is almost plebeian. But remember this just servicing one of these can be a nearly five figure affair. Why? Well this car has so many hydraulics it puts the cars of 90’s rap videos to shame. The trunk? hydraulic, the windows? hydraulic, the seats? hydraulic. This obsession is seen in the doors, the sunroof and the air intakes. The air ride suspension also used this hydraulic system too. This system has a pressure of over 150 bar (2,176 psi) and lets just say you do not want a window to be closed on you because it would quite literally take your arm off. 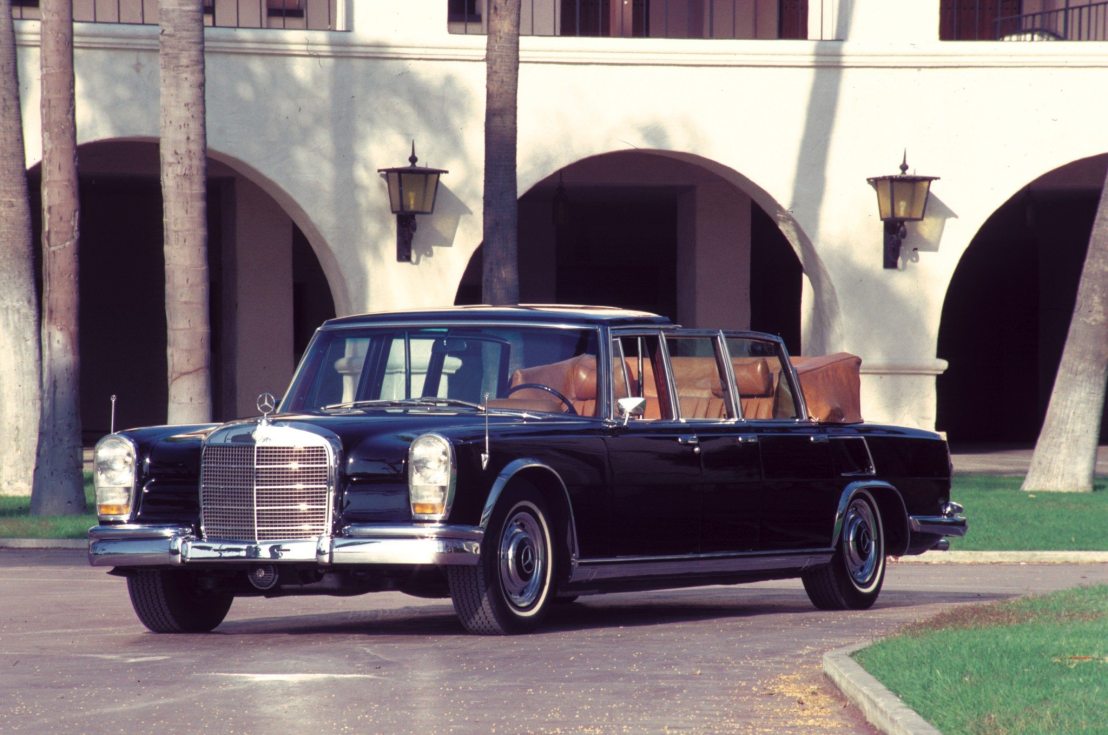 Tell me when is the last time that you have seen a car that is more attention grabbing yet oddly sinister than this car? The ultimate expression of wealth and status of the 600 is expressed right here in all of its money no object form.

Thinking about it, it probably made a effective mobile guillotine for some of these dictators. However this numerical behemoth doesn’t end there. The engine, a 6.3 liter V8 was specially built for the 600 as its nearly 6,590 pound to 7,230 lb curb weight and 50hp hydraulic system ware far too demanding for any other Mercedes engine. This engine had developed 300 German horses and immediately used one sixth of them for the hydraulics. In fact, when placed into the far lighter Mercedes 300 SEL 6.3, it became the fastest four door saloon. Even the number of doors is a bragging right for the 600, sporting six, yes SIX doors in certain configurations. When combined with it having the size of a small killer whale on the sheer numbers associated with the 600 make it even more appealing to the ultimate baller.

When one imagines a baller Mercedes, is always one of the first cars that come to mind. Although nowadays they have arguably fallen behind, their reputation still sticks in the mind of millions. It is because of the 600 Grosser that this image is instilled into us. At the end of the day to be a true baller you must command respect from all of those around you. You must show that money is nothing to you and that no expenses are ever spared. The 600 isn’t just the embodiment of these principles, its their origin. Just remember, even after over fifty years since the car’s creation, no matter where in the world you go, even in the most remote African village. Everyone and I mean everyone knows that the person who owns a 600 is ultimate baller.

Living With a Sixteen Year Old 911

Why The Mercedes 600 is the Greatest Baller’s Car Ever.