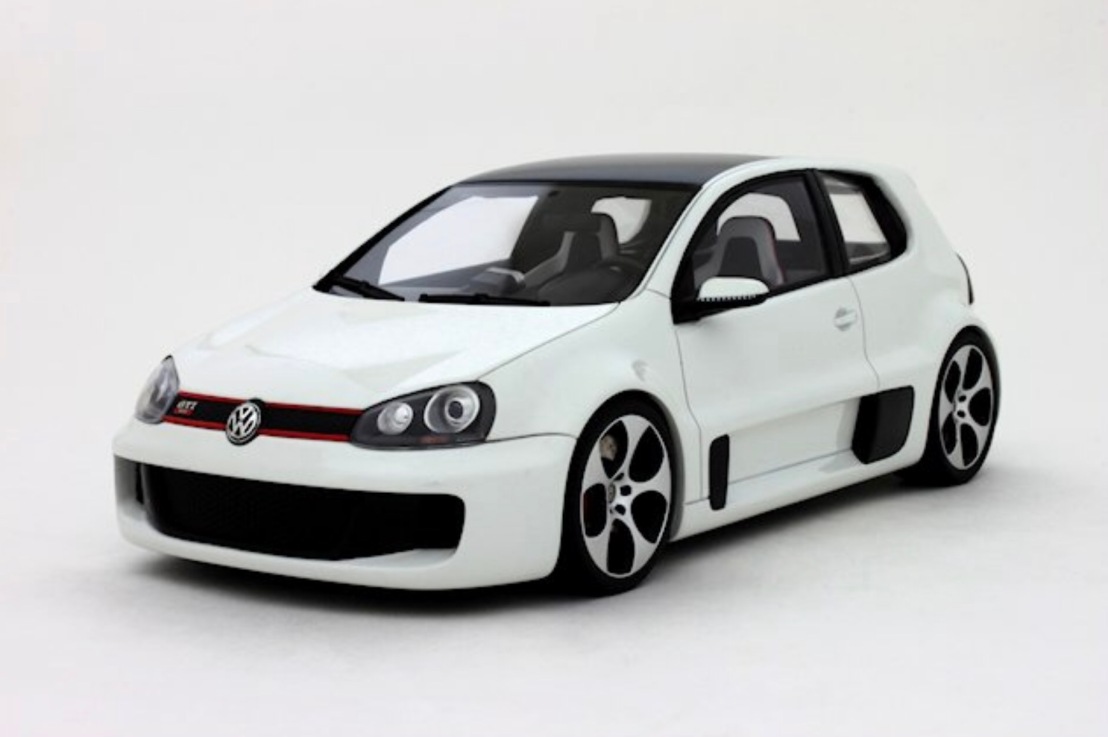 This is the most outrageous Golf probably ever made. While there are Golfs with more power, (cough cough HPA’s 700 horsepower Golf R). You will be hard pressed to find one as crazy as this-or with as long of a name-the Golf GTI W12-650.

Before I get into the stats let me give you some history about this beast of a machine. Made as a concept for the 2007 GTI Festival in Wörthersee, Austria, the Volkswagen engineers made the W12 in the matter of 8 weeks. Surprisingly it actually ran (minus the AC, radio, hazard lights, and steering wheel mounted shift paddles). The GTI W12 is a true Frankenstein of a car. Made by a mad German scientist? well the engineers at Volkswagen are close enough. Much like Frankenstein’s monster, it was made out of what ever was available. In this case, it was the 6.0L W12 bi-turbo engine from the Bentley Continental GT, fitted to a VW DSG gearbox, the front brakes from a Audi RS4, and rear brakes and rear axle from a Lamborghini Gallardo all built onto the sub frame of an Audi R8. How ever, the level madness in this car goes even further. One thing that is seen in this car is an insane amount of ingenuity. To save weight, the car was given a carbon fiber roof. The engineers behind this car needed to find a way to force air into the radiators. Their solution to this? Have the rear windows pinch inwards to create what is known as a flying C-pillar. As this C pillar meets the roof of the car, an aerodynamic spoiler is created, killing two birds with one stone. 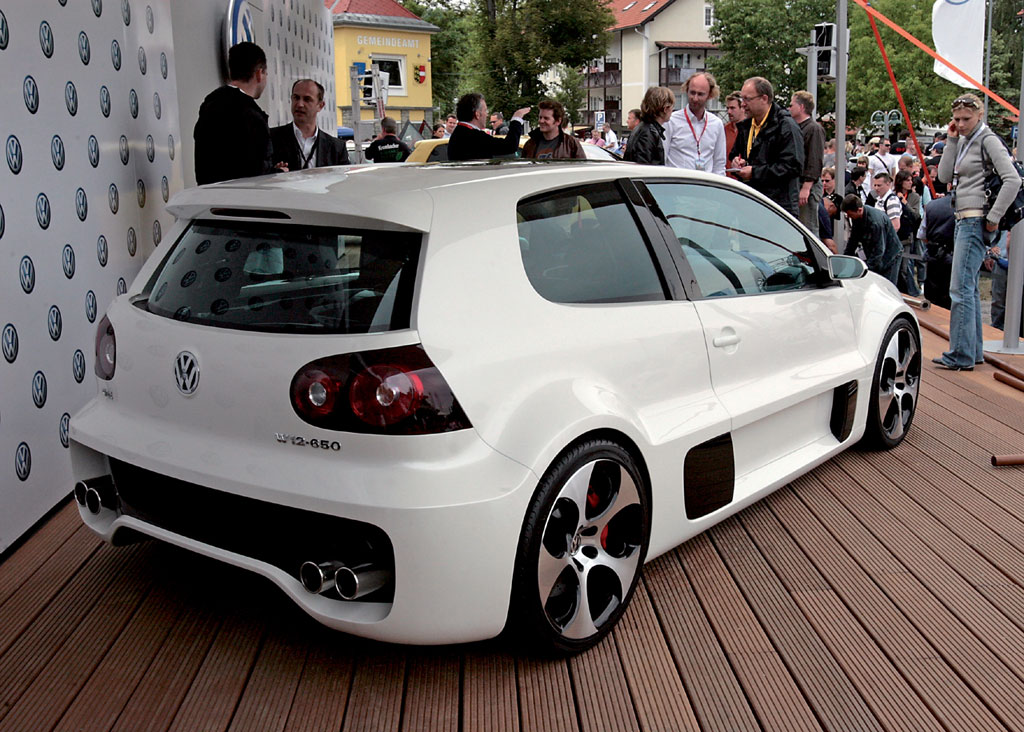 A picture highlighting the flying C-pillars of the W12

However, the modifications to this golf don’t end there, to fit the 6.0 liter W12-considered compact when under the hood of a Bentley-the rear seats of the GTI W12 were removed. Furthermore, the W12 sat 70 mm (2.76 in) lower and 160 mm (6.30 in) wider than your everyday golf GTI. To conceal this, the W12 was given a wide body kit and custom built set of Detroit rims. What did this leave you with? Well in short, you got an absolute monster. Producing 650 horse power at 6000 RPM and 554 lb-ft of torque at 1700 RPM all this power was sent to the rear wheels. As you could imagine the zero to sixty was a feeling of insanity, and you would be right. Within a terrifying 3.7 seconds you would arrive at 60 and would continue on this journey till the W12’s top speed of 201 miles per hour.
As you can see Volkswagen wanted this car to be perfect, just as Dr.Frankenstein wanted to have his monster be perfect. However, much like Frankenstein’s monster the GTI W12 wanted to kill its creator. As reviews of the car had shown, the car was tricky and unforgiving in the corners given the power and short wheelbase. If you turned in too much you were given a fist full of oversteer and you would spin out. While in other corners you were fed so much understeer that you could fit a small mansion between yourself and the corner. 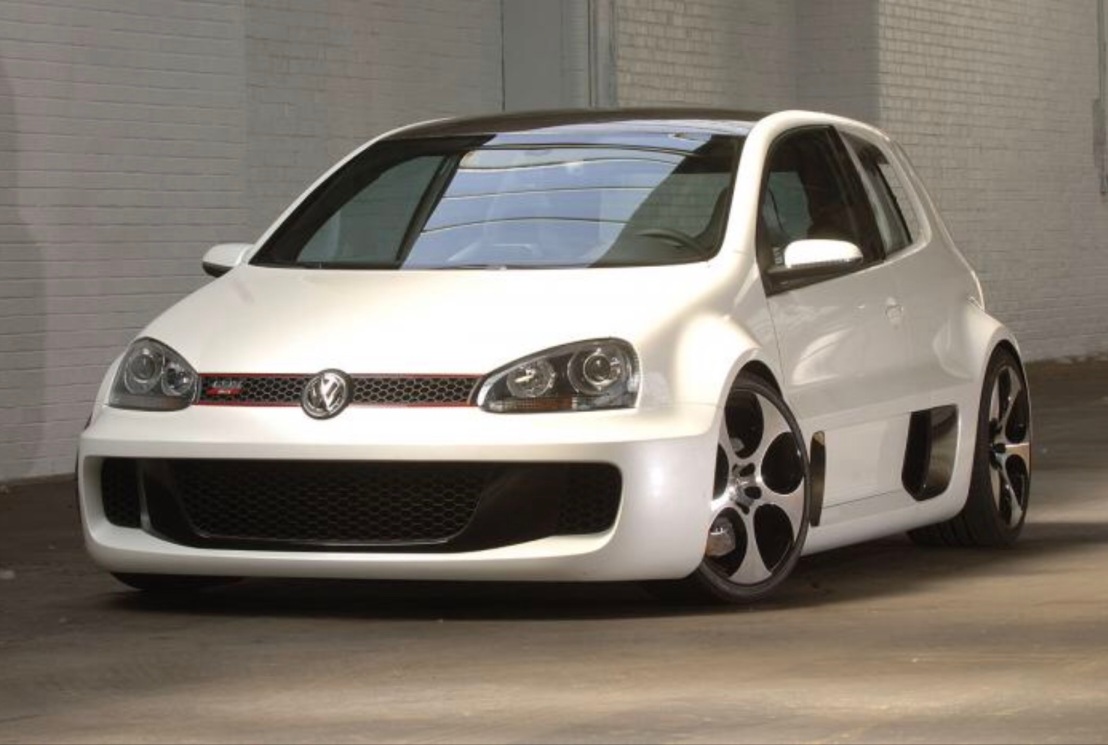 Despite all of this the car still lapped the Topgear test track at a time of 1:29.6 mainly due to its trickiness in the corners. What did this mean? You got a frankensteined super car inside the body of a Golf that is slower than a new GTI around the Topgear test track. However, this car is not made to be a track record slaying super golf. It is made as a reminder that VW hasn’t lost its lunacy no matter how dull their line up of cars may seem.

Living With a Sixteen Year Old 911

Why The Mercedes 600 is the Greatest Baller’s Car Ever.